The improvement project is part of the City’s overall goal to improve waterfront access citywide with the activation and improvement of the City’s waterfront parks. In 2016, the City of Sandusky adopted the Bicentennial Vision Comprehensive Plan. Among many things, the Plan encouraged the embracing of the waterfront environment of downtown.

One of the goals of the Plan was to improve waterfront access citywide with the activation and improvement of the City’s waterfront parks, including Jackson Street Pier. As a result of this Plan, the City developed a strategy to produce a finished project that would embrace the improvements of Jackson Street Pier, along with the adjacent Shoreline Drive. Several meetings were held between Design Consultants, the City, local business owners, and the general public. The result of these meetings was a plan that would enhance the waterfront area without negatively impacting the needs of the residents, visitors, or businesses.

This project will reconstruct Jackson Street Pier from its current use as a parking lot into a park, with green spaces and streetscaping features.

The City Planning Department has released a Downtown Parking Guide for the 2019 Summer Season, click here to access.

As you may already know, Jackson Street Pier is open to both vehicular and pedestrian traffic. The contractor is working to complete construction activity in the US Customs, this work does not prohibit access to the Pier.

Work completed at the Jackson Street Pier over the past few weeks continues to progress very quickly. The majority of the roundabout was poured as well as quite a bit of the concrete near the great lawn. The tongue and groove roof on the pavilion was installed and the walls have been enclosed.  Fixtures in the pavilion are being mounted and some building interiors have been painted. Elevated crosswalks were installed on the north end. Foundations were poured for the car inspection port at the US Customs facility. Completion of building enclosure will occur this week, including installation of roll-up garage doors. HVAC and other interior work will be extended into the hall area of the building. Concrete work, including the remaining planter boxes, curbs, and the patio area on the south half of the project will continue throughout the week. Internal and external work in the ticket booth, US Customs and public restrooms will proceed systematically. Landscaping features will be installed as project sites open up. Bumpers and other protective devices will begin being installed along the western wall of the pier to accommodate ferry services.

We hope everyone caught the latest news article done by the Sandusky Register on May 12, 2020. If not, check it out by clicking the link: https://sanduskyregister.com/news/244236/jackson-street-pier-to-re-debut-may-22/

Jackson Street Pier to re-debut May 22 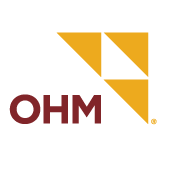